The scheme of symbols used in the relay

COM – common contact of the relay, which is movable. Often referred to as BASE or COMMON. The common contact is also called a pole, and those with which it connects are called directions.

NC (Normal Close) - contact with which the common is normally closed (normally closed). This means that the contacts are closed when the relay is de-energized and open when current is applied to the control coil.

Normal condition - this is the initial state of the relay (with a de-energized coil). But it should be noted that there are types of relays, for example, polarized ones for which there is no concept of a normal state, since it can change, and accordingly the NO contact can become NC and vice versa.

According to the type of switching, all relays can be divided into 2 main types:

- relay opens or closes a contact (SPST). Such a relay has one input and one output, and works like a key. In this case, one such relay may contain several pairs of independent contacts, i.e. have several databases with their own contacts (DPST).

- relay switches between two or more contacts (SPDT). There is one base here, but there may be several exits. Such relays can also have several pairs of contacts (DPDT). 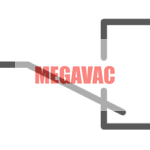 DPDT (Double Pole, Double Throw). Two poles for two directions, i.e. 2 groups of switches. In fact, these are two SPDT relays in one, but with a common coil. Sometimes a DPDT type relay is designated as -2SPDT. In this way, relays with a much larger number of switches can also be implemented. 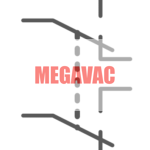 SPST (Single Pole, Single Throw). One pole per direction. Formally, this is a controlled switch, which can be either normally closed (NC) or normally open (NO). 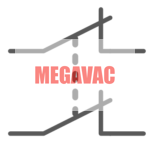 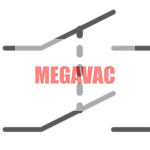 We have 2 scenarios depending on the relay type

With NO, the loads will be OFF because no current can flow.

With NC the loads will be ON as current can flow

With NO, the loads will be ON as current can flow.

With NC the loads will be DISCONNECTED as no current can flow.

On complex relay combinations, detailed designations of switch types can be found. As already mentioned above, the DPDT relay can be designated as 2SPDT, although everything is clear here, but in the case of DPST NC-NO, we can not which of the directions is normally closed, but which is normally open, so the type designation 2SPST-1NC- is introduced. 1NO. 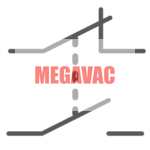 We must understand that in this situation DPST NC-NO = 2SPST-1NC-1NO.